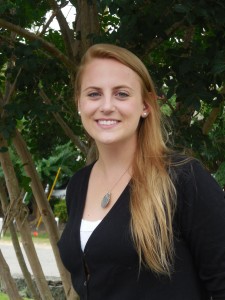 Camila Shiffl, a history teacher in Brazil, was so interested in studying Holocaust history that she paid her own way to Richmond to participate in the Alexander Lebenstein Teacher Education Institute held each year at the Virginia Holocaust Museum in Richmond. Since I was also taking the class, I met Camila, who was staying in Williamsburg housing where other international students were living. Following the seminar, she offered her translation services to the VHM and she also spent two nights with me, as she wanted to see additional places in Richmond. Camila and I had lunch at the Virginia Museum of Fine Arts with Inge Horowitz, president of Emek Sholom Holocaust Memorial Cemetery, and Inge shared information about that project with Camila. I also visited with her in Williamsburg and met her two best friends, who happened to be Lithuanians.

“Only in America could you come to a city like Richmond, sit next to an author who wrote about the Holocaust in Lithuania and then meet two students who lived in that country,” Camila said with a laugh. 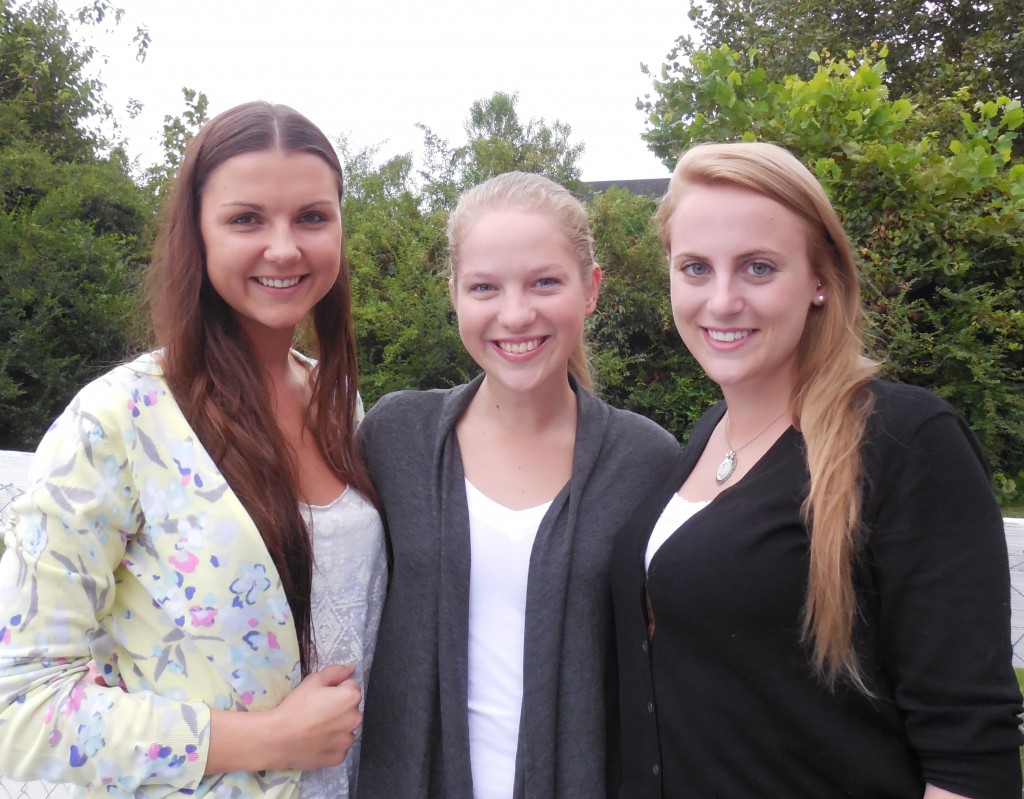 (L-R) Paulina Kazlauskaite and Julia Balkunaite, study medicine and pharmacy respectively in Lithuania. Camilla visited them in Lithuania after she attended the TEI. Camila is currently pursuing studying in Slovakia about how the Roma, or Gypsies, were treated during the Holocaust. Camila attributes her interest in that subject to attending the TEI. She says, “I was inspired to follow this course of study after hearing Tim Hensley, director of collections at the Virginia Holocaust Museum, give a presentation on Roma (gypsies) and decided that I wanted to learn more on the subject.” 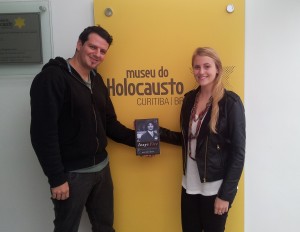 While in Richmond, I  gave Camila a copy of “Izzy’s Fire” to take to the newly-opened Holocaust Museum where she lives. I recently received a very nice thank you letter, as well as a photo of Camila presenting the book to Carols Reiss, general coordinator of the te Museu do Holocausto de Curitiba, the only Holocaust museum in Brazil, which opened in November 2011.