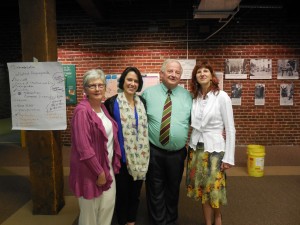 The Virginia Holocaust Museum (VHM) in Richmond, VA, holds two week-long seminars each summer that are generally attended by about 30, or more, teachers and individuals interested in enlarging their knowledge of Holocaust education.

Three graduate credits can be earned. The tuition is free, including room and board at the University of Richmond, which partners with the museum to make the program possible. The classes, which are generously sponsored by Marcus Weinstein, offer a plethora of information, including a copy of “Izzy’s Fire,” which is given to each participant. I had the privilege of attending the 2013 seminar led by Dr. Simon Sibelman, who was the president and executive director of the VHM at that time. 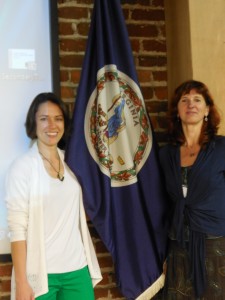 Two very special women attended that seminar: Ingrida Vilkiene,  deputy director of The International Commission for the Evaluation of the Crimes of the Nazi and Soviet Occupation Regimes in Lithuania and Christine Beresniova, a Ph.D. candidate, Indiana University, and a Fulbright Grantee to Lithuania, studying educational policy. They came early and spent the night with me. I invited Patty O’Connor and Becky Quesenberry, both retired from the Chesterfield County Public Schools, to meet with us to share their lesson plans on how they utilized “Izzy’s Fire” in the language arts programs. Each of them had taught “Izzy” since its publication in 2005 and offered valuable information from their experiences teaching the book. We later had dinner with Inge Horowitz, president of Emek Sholom Holocaust Memorial Cemetery (in Richmond) and she shared some history of that project as well. 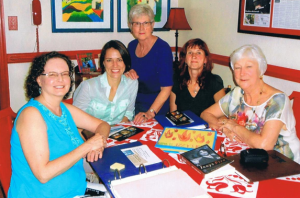 Christine, an American married to a Lithuanian, was then studying and living in Vilnius, Lithuania, when Jonathan Berger, an official of the U.S. Embassy in Lithuania gave her a copy of “Izzy’s Fire.” Prior to attending the TEI, she had come to Richmond to visit with me and talk about the book, and meet with the previously-mentioned teachers. She was also given a private tour of the VHM by John Hagadorn, a volunteer docent there. Following the tour, she met with several staff members to discuss ways of using the book in Lithuanian schools. Since then, she has completed her doctoral program. 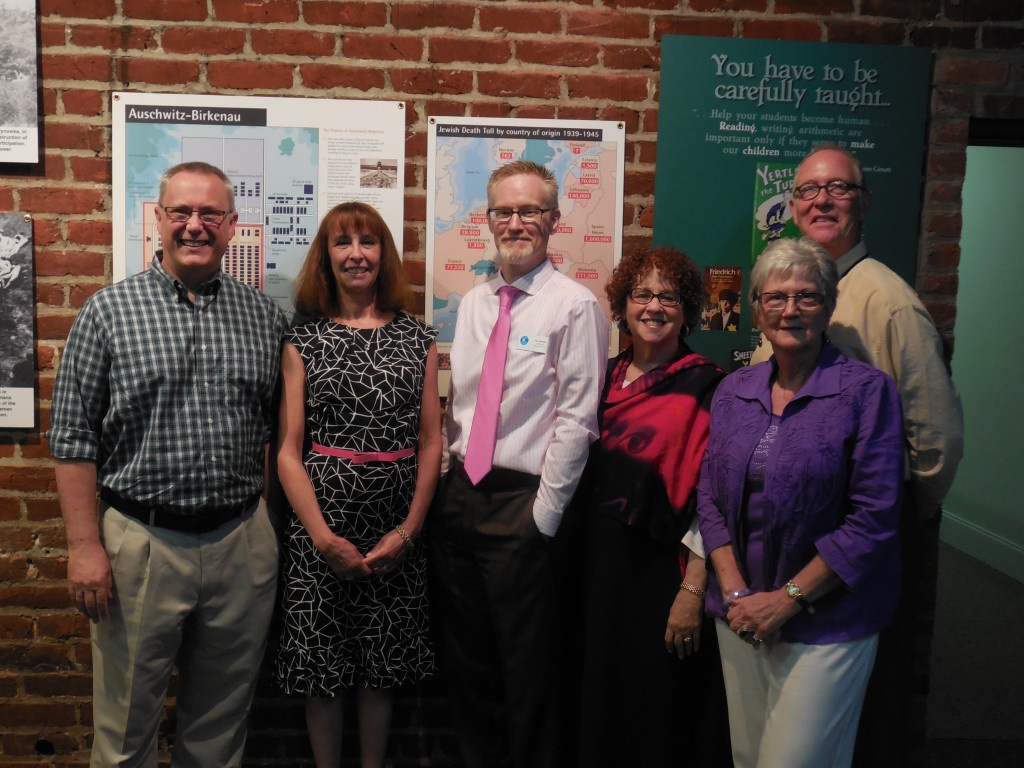 (L-R)Dr David E. Kitchen, Associate Dean, School of Professional and Continuing Studies, University of Richmond and Cheryl Genovese,Program Manager, Summer School of Professional & Continuing Studies at UR; Tim Hensley, Director of Collections at the VHM; Rena Berlin (now retired) Director of Education and Dr. Simon Sibelman, who was then the president and CEO of the VHM, take a break to share time with me after lunch. Dr. Sibelman is now the Director of Judaic, Holocaust, and Peace Studies at Appalachian Sate University in Boone, North Carolina.